Tackling restroom odors is one of the trickiest cleaning challenges. Every odor is different, and how you treat it depends on the source of the odor: temporary, hidden or chronic.

Temporary odors are the easiest to identify and often the easiest to treat. These smells have an obvious source and while they may pack a malodorous punch, they don’t last too long. You may not be present in the restroom when temporary odors strike, but that doesn’t mean you can ignore them. Using a passive or active aerosol dispenser can tackle these smells even when your restroom is unattended. A passive system will distribute fragrance into the air continuously, while an active system will fight odors by releasing sprays at specified intervals.

Hidden odors are sneakier and require different tactics to battle. When trying to uncover hidden sources of odor, rely on your nose and eyes. Check commodes, sinks, urinals and other fixtures for cracks or other issues. Take a look at your plumbing and make sure all drain pipes, flush valves and faucets are working. Look under the commodes and behind walls for signs of moisture build up. Act like a detective and keep searching until you find the problem. Fixing cracks, leaks and other issues will often fix any odor issues you have.

Chronic odors require yet another tactic. While the aerosol spray systems mentioned above may help mask these smells, they won’t actually take care of the odor source. Some common culprits of chronic restroom odors are waste receptacles, the trap areas of urinals, walls around commodes and urinals, grout in ceramic tile floors, floor drains and the areas inside urinals and toilet bowls.

If restroom odors are stemming from these areas, the best way to tackle them is to clean them regularly and clean them right! What do we mean by right? Well, it’s easy to cut corners in restrooms, but that won’t take care of chronic odors. Using a mop and bucket, for example, won’t really clean the grout from tiles, and spraying and wiping the toilet down won’t really get rid of odors if they are stemming from your toilet bowls. You’ll need a bit more elbow grease and the right types of products to really get the job done right and eliminate odors from your restroom. Our online catalog is stocked all the cleaning supplies in Louisville you’ll need, from disinfectants and sanitizers to scrubbers and urinal screens to make your restrooms smell as clean and fresh as possible. We are happy to recommend the best solutions for your particular odor challenges, so contact us today to talk to our experts and never have to worry about restroom odors again!

If you’d like to learn more about our cleaning products and janitorial equipment in Louisville, contact us today to schedule your free demo! 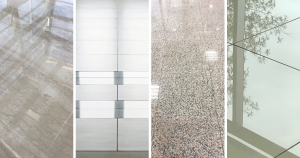 5 Mistakes to Avoid When Stripping and Waxing Floors in Louisville 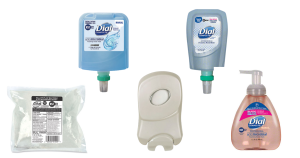 Spotlight on Dial Soaps in Louisville 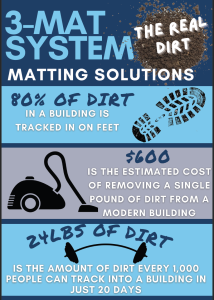 Floor Mats and ROI: Saving Your Floors and Saving Money 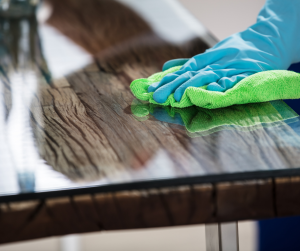 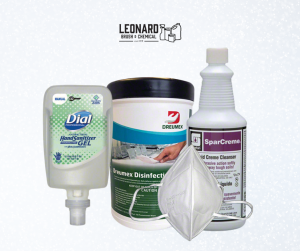